We like to run, a lot. My background is in GAA and playing so much football and camogie gave me a great start for other sports. Since I stopped, along with our climbing and polar ambitions I've turned my attentions to running. In 2017 I ran my first marathon. It was tough, but obviously not too tough, as I ran my second one just a month later across the Mourne Mountains! I recently ran the Dublin Marathon for the first time and hopefully it won't be my last, it's a great race with incredible support all the way around.

Running fits really well with our other training and ambitions, you have to be fit to climb big mountains or ski long days with a pulk behind you, besides being really enjoyable, so we'll keep adding to our tally of races. Over the next few months we have some night races in the Mourne Mountains, then we'll be running an ultramarathon (anything longer than a marathon, but this particular one is 70km miles across the hills of north Cork). After than, it'll be back to enjoying shorter runs around the trails of the Cooley and Mourne Mountains for a while as we get ready for the next stage of our hill and polar challenges.  Keep wqatching, see how that goes! 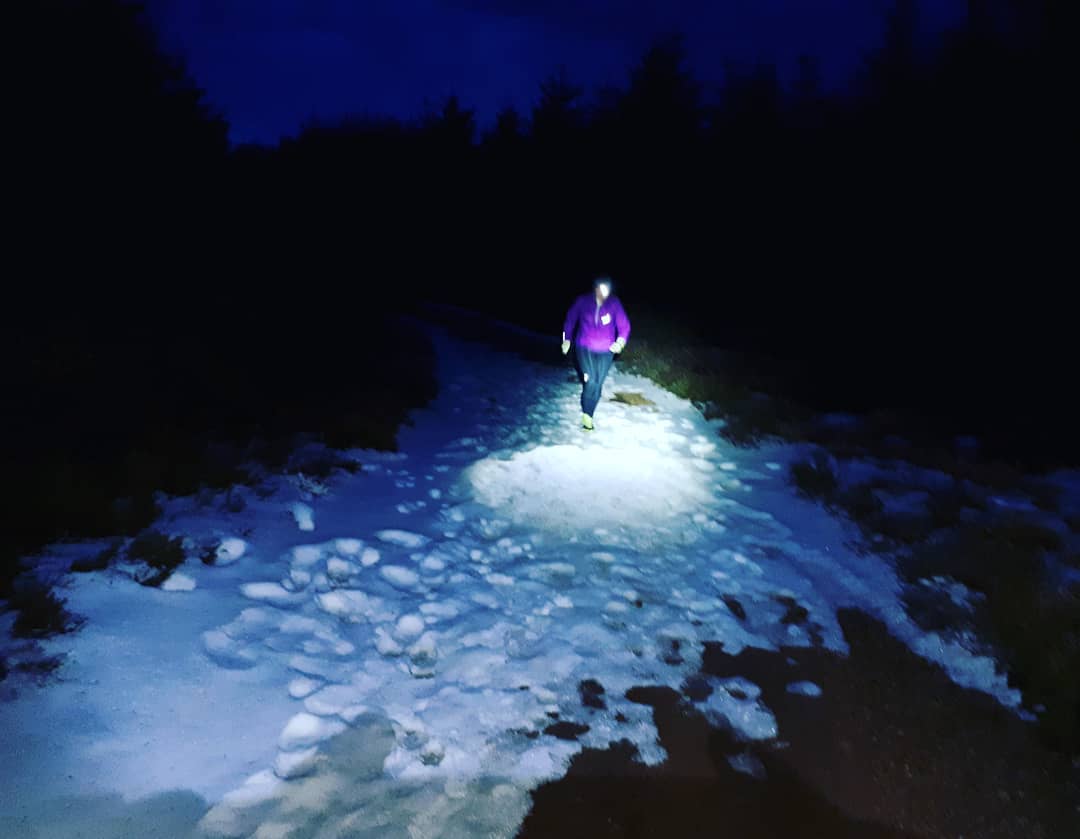 Running in the snow, the perfect way to train for races, mountains and polar ambitions!