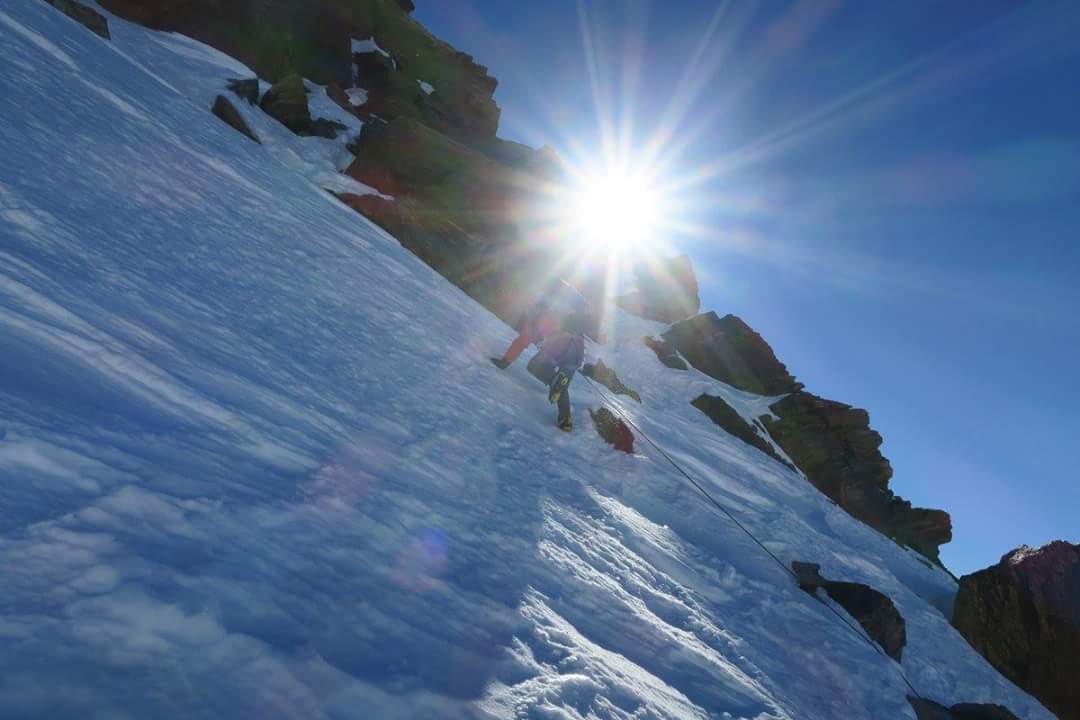 We headed off to France on Bastille Day to go climbing, with the aim of finishing up with an ascent of Mont Blanc as the latest in our series of challenges, but unfortunately it wasn't to be. The process of climbing a mountain of that size requires acclimatisation for most people, us included. That means gradually climbing higher over a few days while returning to the valley each night to get accustomed to the increased altitude and the lower oxygen that brings. Normally a few days between 3500 and 4000m is enough. To achieve that, we spent a few days climbing at altitudes up to 3800m and crossing glaciers, gradually getting ourselves ready to go.

Unfortunately, by the time we were ready, the weather wasn't. Over the following 4 nights, waves of thunderstorms flew over Mont Blanc and up the valley we were based in. Obviously you can't climb during the storms, but even more unfortunately they leave behind dangerous conditions high on the mountains which we judged to be too risky. Having made our decision, we spoke to local guides and other climbers and the consensus was that we were right and it was a no-go. We've since heard from other parties that they were turned back by high winds, poor visibility and windchill factors of minus 400. Disappointed and all as we were, we can take solace in the fact that our decision was 100% right. The mountain will be there again no matter what happens and we have to make sure that we are too. It's often said that there are old mountaineers and bold mountaineers, but no old, bold mountaineers. No mountain is worth risking our lives.

We're disappointed too that we couldn't complete the job when people have been so supportive and generous, but we know that nobody supporting us would expect us to step into that level of danger. We can also tell ourselves that it has taken us until past the halfway point to "fail" to meet one of the challenges we've set ourselves. That's a record we can live with and we have plenty more challenges to come, so we'll shake it off and keep going.

Thanks again for all your generosity and interest, they really do mean a lot and we hope you'll stay along with us for the remainder of the challenges. Only four to go, but they include our highest and longest, so hopefully we'll do justice to your support!