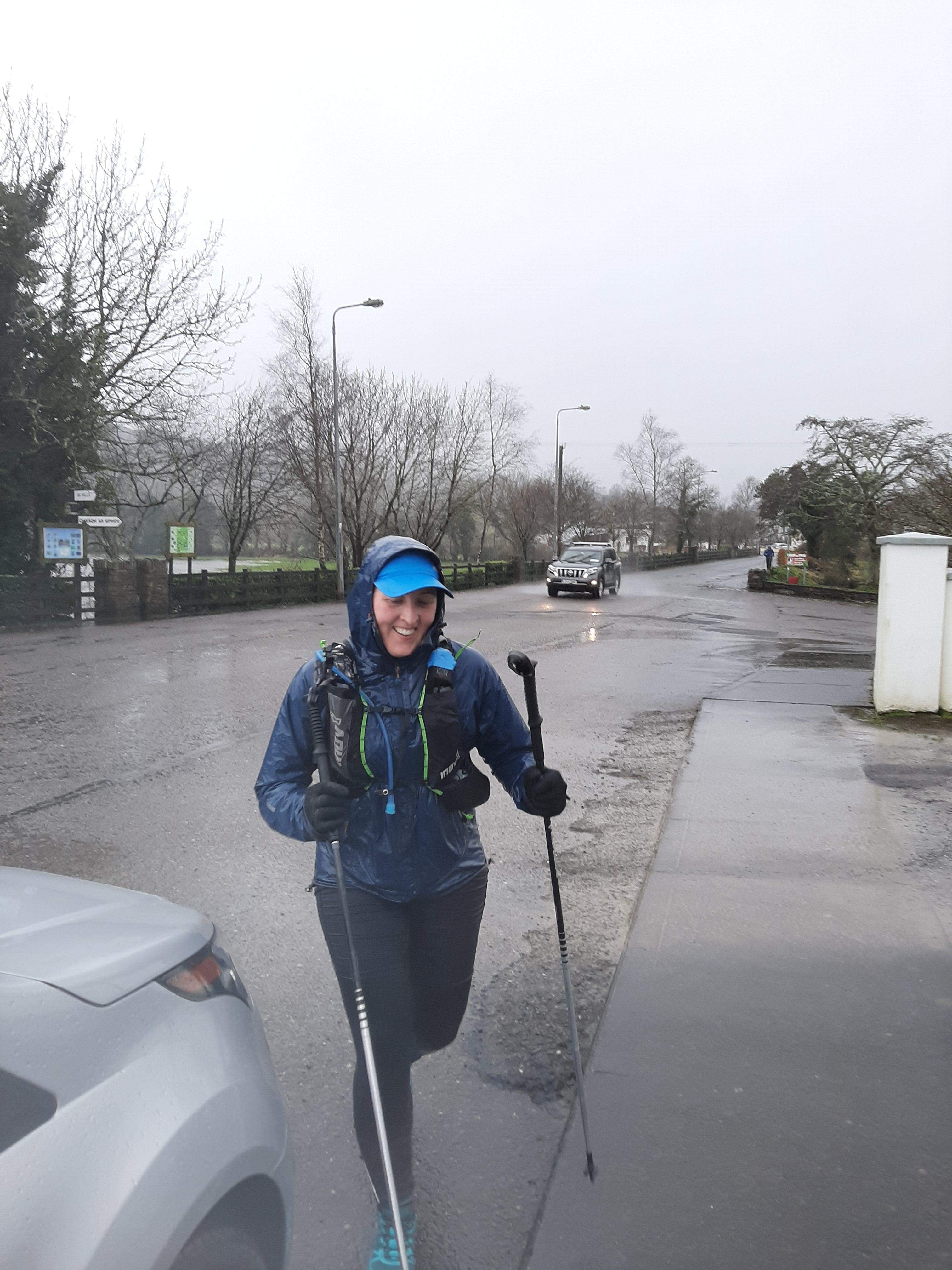 Three years ago I had never even heard of an ultramarathon, until Kevin asked if I would crew for him shortly after we met. In response I had to ask what is an ultramarathon? It turned out to be any race longer than a marathon, as if that wasn't long enough, and usually on trails over mountains.

Since my stint of crewing, I wanted to try one for myself. I was sure had the endurance for it, but getting the time needed to train for such an event can be difficult with long a commute to work and a farm to run. I'm a great believer in just registering though, because that's it, it's happening and you just have to get on with it, so we registered for the Sli Mhuscrai Ultra, a 72km race across the mountains of West Cork. Once the decision was made, we pushed on from the training we had banked for the Dublin Marathon and added in hillier routes around home, plus longer runs at the weekend in the Cooley mountains. In the mountains I feel like a different runner, I don't notice time or distance going by, so it was really enjoyable to up the miles.

In order to allow for other events we had planned, the timing of the race was perfect. Unfortunately, the timing of Atlantic Storm Denis wasn't, and I had to race through some of the wettest and windiest weather I've ever been outdoors in. There was so much water that the trail was closed in two places as styles and bridges were underwater, runners took some long slides and falls and we all had to slop through mud to our knees and wade through streams. All this water left the road sections so much more enjoyable, due to the fact you could run with the reassurance your foot wasn't going to slip and slide.

Kevin and I had been due to run the race together, but a niggling injury put paid to that plan. To keep with the weather theme, it's an ill wind that blows no good and Kevin staying out of the race meant he was available to crew for me. Generally, an ultra crew is there for moral support, drinks, snacks and emergency lifts. Good crew might offer massages and foot care. On a day like this though, the primary job of the crew was keeping my wet clothes seperate from all the dry gear. I changed at the aid stations and I was glad of the chance to get a dry base layer and socks, it's a huge morale boost on a long, tough day. With the wardrobe changes and some sandwiches, the aid stations made a huge difference to how I felt between arriving and leaving. That was particularly useful heading into the last leg, which was over hills, on some of the muddiest trails, in the dark. A tough end to the day. No matter how good your gear, eventually you will get soaked in those conditions and you can see video of one of the pits stops here that might give you some idea of how wet it was.

Once the last hill was crested, the underfoot conditions improved as we hit some fire road through the last forest, then the tarmac down to the race finish. I had more energy than I'd anticipated and felt strong, so I upped the pace and put in my fastest kilometres, which moved me up about 8 places in the race. It also meant Kevin had to sprint to catch me as I approached the finish area, but he managed to get some video of the last 100 metres which you can see here.

So, there you go, first ultra in the bag it was a very enjoyable one it was too. Conditions were dreadful, but that only added to the enjoyment and experience for me, there's a great satisfaction from completing the distance and also beating the storm. I'm looking forward to taking part in another ultra and maybe I will stretch the race distance longer, my main aim for my first ultra marathon was to see if I could go the distance and now I know I can not only do the miles, but do them against the worst of wind and rain.

Thanks to everyone who sent messages of support on the day, all those likes and comments really do help and they really are appreciated, just as much as the dry clothes were at the finish!