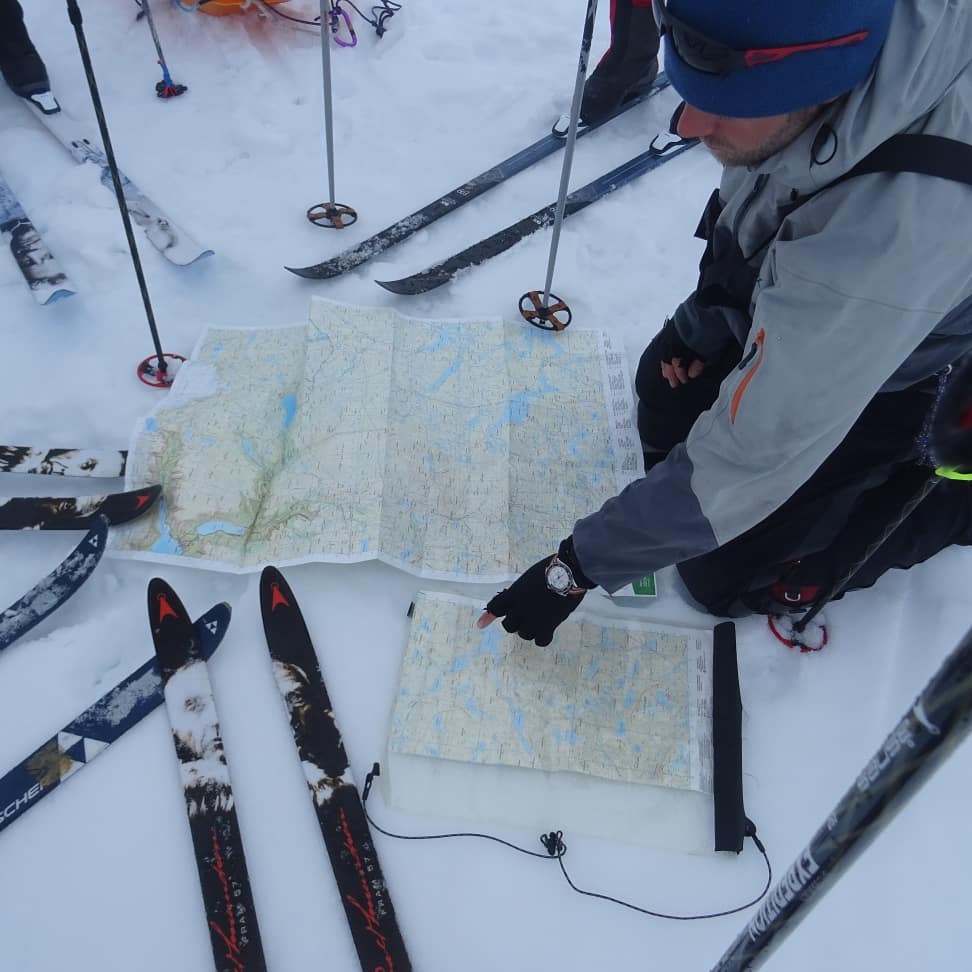 By Kevin.
One of the lesser known actions of WW2 was also one of the most influential. It was the sabotage of a factory that could have seen the Nazis developing atomic weapons and changing the course of events. The attack was conducted by a small team of allied commandos who skied across the Hardangervidda and destroyed the infrastructure in a daring and successful raid. It's paid tribute by The Heroes of Telemark, a film I love. Before those events, the Hardangervidda was the venue for many of the pioneering polar parties to train and test themselves, including Amumdsen and Shackleton. There's a lot of history on the plateau and many big ski tracks to fill.

Fast forward to now and Edel and I have adventure skiing ambitions of our own, plans to go to some challenging places. With all that history, where else would we start but the Hardanger plateau? A quick stop in Oslo to buy our skis and polar boots at the legendary Piteraq shop, a pilgrimage to the Fram museum to see the boat that won the race to the South Pole and a train through incredible scenery to historic Finse and we were under way.
We were blessed with the services of our guide, Sebastian. He was a steady hand, a keen eye, an open ear and a font of knowledge to steer us across 6 days of what could be inhospitable terrain if you got it wrong. It was turned into remote, beautiful and challenging but accessible country by his help. We tried not to rely on him more than we had to, we have good experience of our own and we used it to get into the rythym of skiing all day, getting the tent up and stove running as soon as we stopped, sleeping comfortably, making breakfast efficiently and getting away on time each day. Edel and I both did some of the navigating, taking two legs each in whiteout conditions, when snow and sky become one and visibility was reduced to the few millimetres of compass point we followed. We got there, grateful to have had the chance to try and even more grateful to have added a skill we'll be so reliant on in the future.

Trying to look back now, the days are blurred into each other, in the best way possible, life for a week was reduced to doing only what we needed and wanted to do while we enjoyed the surroundings and each other's company. It's a magical place and some of that seeped into us. It couldn't do otherwise, it's vast and special.
The week passed too quickly. By about day three we wanted showers and hot breakfasts. By day four we wanted more days. Dinner on our last night was quiter than usual in camp, it was all about to end and we knew it. We still wanted those comforts....but they could wait if we could be allowed to keep going.
Sadly, we had lives to pick up again, flights to catch, jobs to go to. The youth hostel at Haukeliseter masquerading as a 5 star hotel softened the blow, but the bigger comfort turns out to be the fact that Hardangervidda stays with you. Memories keep jumping up of crossing frozen lakes or wolverine tracks, of the first life you see outside your group in days being a circling bird of prey, of a sleeping bag and thin mat of frozen snow being the most comfortable bed you can remember.
We're glad to have paid our tributes to history and proud to have tapped giants on their shoulders. It'll be a long time before we're standing on them, but we've had a good start.